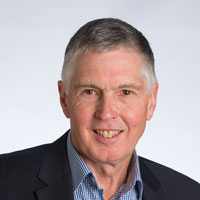 Associate Professor Ian Marshman joined the University of Melbourne in 1990 and was appointed Senior Vice-Principal ('Chief Operating Officer') in March 1999. In that role he was accountable to the Vice-Chancellor and Council for the overall administration and operational management of the University. Ian’s specific responsibilities included coordinating the management of the University's financial, physical resources, its staff programs, University compliance, planning and quality assurance activities. Ian has played major roles in reform of the University's administration, the implementation of new administrative systems and processes, budgetary and planning reform, the development of the Melbourne Scholarships program and student-facing aspects of the Melbourne Model, the planning and implementation of major University projects and the management of University's quality assurance and improvement activities. Ian retired from that role in July 2015 and now serves as an Honorary Principal Fellow at the Melbourne Centre for the Study of Higher Education.