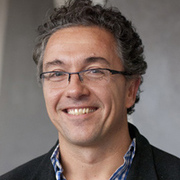 I completed my BSc at the Australian National University with a major in biochemistry, but decided after a field trip to Kakadu National Park at the end of my degree that I would much rather spend my research career in the field than in the laboratory. My honours and PhD research was carried out under the supervision of Andrew Cockburn, teasing out aspects of the bizarre mating system of superb fairy-wrens.

Five years of working on birds in a botanic garden whetted my appetite for wilder places and I embarked in 1992 on a six-month journey to explore Madagascar. I spent a year working as technical advisor to the World Wide Fund for Nature in southern Madagascar, then joined World Learning as academic director of two semester abroad programs, firstly in Botswana and then in Madagascar. I held an ARC postdoctoral fellowship at the ANU from 1996-1998 before joining the Department of Zoology as a lecturer in 1999. I was promoted to Senior Lecturer in 2004 and Associate Professor and Reader in 2007. I am currently Professor of Evolutionary Ecology and Head of the School of BioSciences. Mulder lab webpage: raoulmulder.org