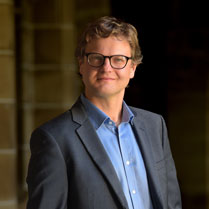 Dr Gwilym Croucher is an Associate Professor in the Melbourne Centre for the Study of Higher Education. Gwilym has expertise in higher education and research policy drawing on his research focus on the funding, financing and history of universities and their political economy. He was a Fulbright Scholar in 2017-18, for which he was a visiting researcher at the University of California Berkeley’s Center for Studies in Higher Education in the Goldman School of Public Policy. Gwilym has authored and edited several research volumes on higher education, including three histories of higher education, as well as authoring refereed journal articles on higher education policy and other areas of public policy. As a Chief Investigator, he completed an ARC Discovery Project examining the creation of the Unified National System of Higher Education in Australia, as well as Australian government and other contracted research, including a project on the future of the PhD funded by the former Office of Learning and Teaching (OLT).

He is a former Principal Policy Adviser in the University of Melbourne’s Chancellery, a media commentator on higher education, and has appeared as an expert witness to Australian parliamentary inquiries.